A downloadable game for Windows

THE ULTIMATE IN CHILD SIMULATION TECHNOLOGY!

Have you ever wondered how good of a parent you would be? Have ever wanted to create a child, and see it grow, without the need to have a relationship or any life-long commitments?

WELL NOW YOU CAN!

'Child Simulator' offers a thorough and realistic representation of a childs life, from pre-birth to adulthood. The game is truly adaptive, and aims to teach potential fathers how to raise a child.

Ok, this game was fun in it's own way but i will give it a 1/10 because the game roasted me. So frick off.

Before you read the review, i have loved this game as a joke. This is just me overlooking at secret meanings in this game.

So let's start reviewing this as a joke and nothing else.  You have made a playable joke in a video game and it was awesome. The game doesn't allow anything for you to do. Basically your skill doesn't matter. You are worthless and a loser in life. When you try to search something to play with it is just a

to you with just "Nobody loves you" appearing (or something like that. You cannot even draw or name your child without getting roasted. Ironically, it is unironically an extremely funny game to play with friends and laugh until death.

And now lets be serious. This game is just unplayable to the point of it being funny unironically. I hate games like these because they are repedetive and unoriginal. But this game is pretty funny if you play it for the first time. Everything you do is a joke and that is just awesome because the game becomes just a little bit unpredictable.

Now lets get conspiracy going on.

This game is the embodiment of what i like to call: "Beauty of the child stupidity and innocence"

If you think about it everything in this game has a meaning. Imagine a child playing or making a videogame. What would he type while naming his character? Something stupid that seems really funny. Like "Hitler" for example.

Fake color names are in this game because kids try to be funny with their small brain creating humor, and jokes. Like naming yellow collor a white color.  The "peepee drawing" is what a kid would probably draw when asked to draw a body part. The edgyness of children is kinda cute actually.

Making a joke game mechanic, like run where you cannot win is something a kid would make as a joke.

That is why this is the most realistic

So, this game might be a joke (most likely though), a seriously shitty game trying to be funny, or unironically the saddest and one of the most beautiful child simulators ever.

We will never know.

Nah not really. Just a fun little joke you play one time in your life and forget.

Now get out of here because i am tired of typing this.

This game was wonderful, it had such a galactic cafe vibe (Stanley parable creators) slightly upset when I realized I couldn't put my own name but then laughed my ass off at the pre name. Creating characters in this game was amazing and can take you as far as your mind will let you, I am absolutely having my friends try out this game. I thought the game was creative and just sarcastic enough for you to have a great time! The only thing I had trouble with/didn't fully understand was the calendar, after I pressed the grow up piece it didn't have anything but a black screen, so i'm not sure if that was your intent or if it's just a bug, but it was fun regardless!! I look forward to checking out some of your other work!

I'm gonna be honest. I have absolutely no idea what is causing the black screen thing. I think it might be an engine issue. Were you using the 32-bit or 64-bit version of the game? Thanks! 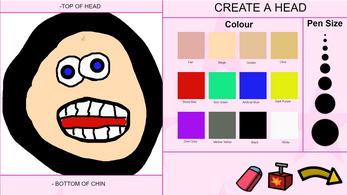 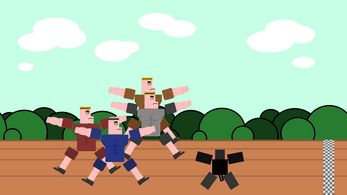 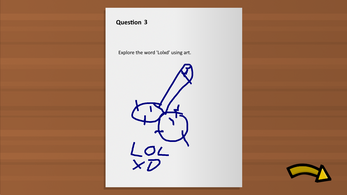